Sorry! You missed The Last Ship at Golden Gate Theatre 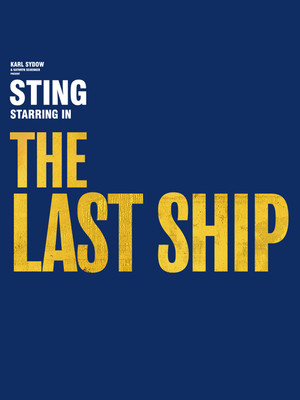 A stirring musical. Some of the most thrilling choral writing I've heard in a British musical.

Why See The Last Ship?

All remaining performances of The Last Ship have been cancelled

Superstar Sting stars in his critically acclaimed musical, The Last Ship, now docking in North America! Featuring original music by The Police frontman himself, The Last Ship is heartfelt and empowering musical about Newcastle's shipbuilding community as it reaches breaking point in the 1980s.

Debuting in Chicago in 2014, Sting's The Last Ship has enjoyed runs on both Broadway and in London's West End. Inspired by Sting's own childhood in the North East of England, The Last Ship features some of the Grammy winner's best-loved songs including "Island of Souls", "All This Time" and "When We Dance".

WHAT IS THE LAST SHIP ABOUT?

When their shipyard finally closes in the 1980s, foreman Jackie White inspires his co-workers to take over the shipyard and build one final ship. Meanwhile, prodigal son Gideon returns home after his father's death, having left fifteen years ago and abandoned his relationship with Meg whom he left behind. Is he too late to make amends and start their lives together?

Two hours and 55 minutes with one intermission

It's hard to put into words the depth of this musical. I have seen it in... more

In this era of Disney musicals it is a pleasure to hear something that... more

Sound good to you? Share this page on social media and let your friends know about The Last Ship at Golden Gate Theatre.