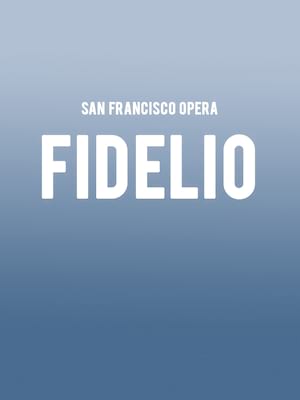 Fidelio is a shockingly relevant work that has served as a symbol of hope for generations of people afflicted by oppression and tyranny.

2020 marks the 250th anniversary of Beethoven's birth and the San Francisco Opera is joining the worldwide celebration with this brand new staging of Fidelio, the iconic composers only opera. Updated by Japanese American Matthew Ozawa, this stunningly designed production draws on his family history, modernizing the setting to a government holding facility,  strengthening the opera's original themes of love and liberty for a 21st-century audience.

What is the story of Fidelio?

Florestan sits in a jail cell, lamenting his current state. Imprisoned when he attempted to uncover the unsavory political machinations of the prison governor Don Pizarro, no one knows he is here, save for his wife, Lenore.

Afraid for her husband, Leonore takes a job as an underling to the jailer Rocco, creating a new identity as a boy under the name Fidelio. Whilst she toils for two years in his service, Don Pizarro decides to murder his detainee in secret, bidding Rocco and Fidelio begin to dig a grave for Florestan. Finally seeing his wretched character after so long, 'Fidelio' hatches a plan for his rescue, aided by the kindly Minister of Justice, Don Fernando, who just happens to be on a visit to the dungeons.

Courage, fidelity, love, and resolution abound as Leonore and Florestan are reunited and corruption cast out in this truly soaring masterpiece.

Sung in German with English supertitles

Two hours and 30 minutes with one intermission

Photo by Calvin Ma on Unsplash

Sound good to you? Share this page on social media and let your friends know about San Francisco Opera - Fidelio at War Memorial Opera House.