Sorry! You missed Morat at The Fillmore 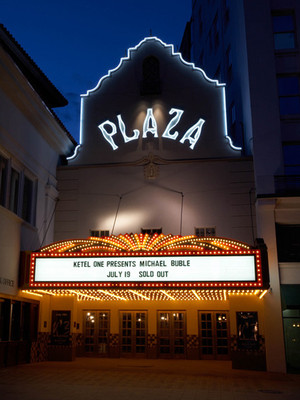 You can catch Morat at Plaza Theatre in El Paso, showing Feb 4, 2023

Morat is also touring to:

The Columbian pop and folk quartet enjoyed Top 20 success in Columbia and Mexico with their very first single Mi Nuevo Vicio; it later reached the number one spot in Spain when it was released featuring Paulina Rubio. The band's EP Grabado en Madera followed soon after and included another chart-topping single ComoTeAtreves. Impressive stuff for a group that was formed by four childhood friends after graduating from high school in 2015.

The four got together in Bogota, in 2015 and released their first single the same year. On vocals and banjo is Juan Pablo Villamil Cortes, singing and playing guitar is Juan Pablo Isaza Pineros, Alejandro Posada Carrasco plays percussion and Simon Vargas Morales is on bass. They signed to Universal and have released two albums - Sobre el Amor y Sus Efectos Secundarios

Seen Morat? Loved it? Hated it?

Sound good to you? Share this page on social media and let your friends know about Morat at The Fillmore.