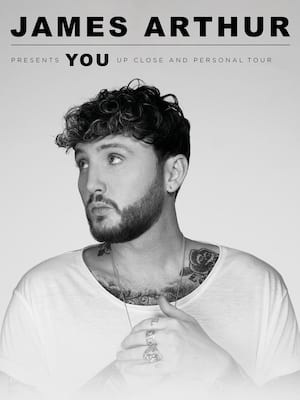 James Arthur returns with You in mind!

James Arthur Returns with 'you' in mind!

Pop vocalist James Arthur is back on the  road in promotion of his third LP, You. The X Factor sensation will put a definite spring in your step with this trek across North America. Flowers won't be the only thing opening in Spring, as Delacey is set to feature as the opening act. The album follows Arthurs 2013 debut, and his 2016 'Back From The Edge', which included the memorable single 'Say You Won't Let Go'.

James Arthur dominated the ninth season of The X Factor in 2012. After donning the crown, his debut winner's single, a cover of 'Impossible' by Shontelle, went on to reach number one in the UK Singles Chart, and has since sold over 1.4 million copies. Due to this rapid rise to fame, the single became the most successful winners single in X Factor history.

Sound good to you? Share this page on social media and let your friends know about James Arthur at The Fillmore.