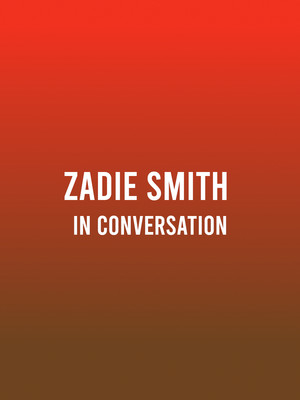 Smith is both the coolly appraising connoisseur and the excited book nerd, the culture geek

British novelist and Professor of Creative Writing Zadie Smith comes to San Francisco's Sydney Goldstein Theater on October 16th, as part of the "On Arts" series, benefitting 826 Valencia's College Scholarship program. finding instant success with her debut novel White Teeth, Smith has become one of the leading figures in modern literature with intensely engrossing storytelling and a fascinating take on contemporary culture.

Beginning her professional writing career whilst studying at Cambridge, a string of acclaimed works including Autograph Man, On Beauty and Swing Time have served to reinforce her reputation as one of the leading voices of her era. White Teeth was included in Time Magazine's 100 Best English language novels from 1923-2005 whilst Swing Time was longlisted for the 2017 Man Booker Prize.

Sound good to you? Share this page on social media and let your friends know about Zadie Smith at Sydney Goldstein Theater.