Sorry! You missed Sontag: Her Life and Work - In Conversation with Benjamin Moser and Rebecca Solnit at Sydney Goldstein Theater 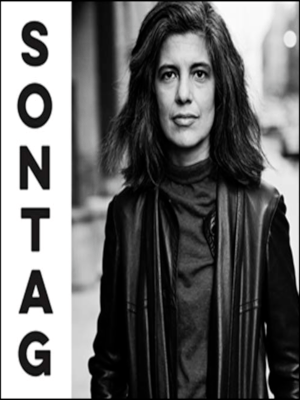 Sontag: Her Life and Work - In Conversation with Benjamin Moser and Rebecca Solnit

the novelist, essayist and critic whose impassioned advocacy of the avant-garde and equally impassioned political pronouncements made her one of the most lionized presences...

Why See Sontag: Her Life and Work - In Conversation with Benjamin Moser and Rebecca Solnit?

A born and raised New Yorker through and through, Sontag had a no nonsense, extraordinarily articulate voice and deep intellectual prowess, which blossomed in her published essays and revelled in her passions for cinema, photography, European literature and philosophy. With a sharp wit and acerbic way of looking at the world, her rebellious views deconstructed American society without fear, marking her as a woman apart.

Sound good to you? Share this page on social media and let your friends know about Sontag: Her Life and Work - In Conversation with Benjamin Moser and Rebecca Solnit at Sydney Goldstein Theater.