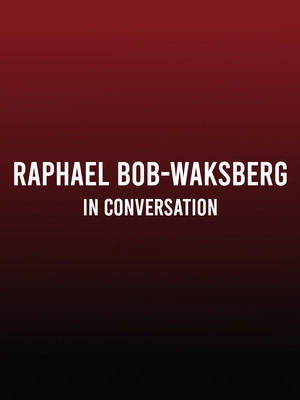 Bob-Waksberg's style is to begin with a routine moment... and take it somewhere surreal.

A conversation with screenwriter and producer Raphael Bob-Waksberg

Best known as the creator of Netflix's smash hit dark comedy BoJack Horseman, Raphael Bob-Waksberg sits down for a conversation with Emily Nussbaum as part of the "On Arts" series at Sydney Goldstein Theater in December. Winning plaudits for his animated show's hilarious take on often heavy subjects, Bob-Waksberg recently released Someone Who Will Love You In All Your Damaged Glory, a book of short stories on the theme of love.

Regularly managing to be both comical and tragic in equal measure, the book is the latest in a string of unique and surreal works Bob-Waksberg has turned his hand to. Since creating BoJack with the help of illustrator Lisa Hanawalt, he has gone on to work in a production capacity on Hanawalt's own Netflix show Tuca & Bertie, as well as lending his talents as a script doctor on The Lego Movie 2: The Second Part.

Sound good to you? Share this page on social media and let your friends know about Raphael Bob-Waksberg at Sydney Goldstein Theater.