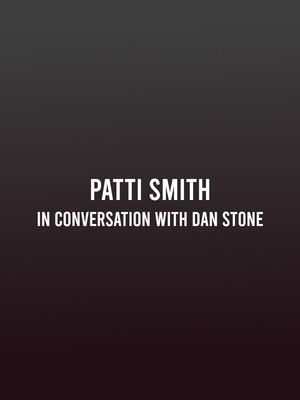 Patti Smith is one of punk's founding figures. She emerged, wiry and tousle-haired, in 1975, with her Tom Verlaine-assisted and John Cale-produced debut record Horses. A wildly ambitious and forceful album of free form poetry set against a backdrop of new wave guitars, it immediately established Smith as a truly singular artist.

Her new memoir Year of the Monkey charts Smith's solitary wanderings throughout 2016 after a run of shows at the Fillmore, retelling her journeys across US states to places both new and familiar, punctuated by polaroid photography. The troubadour joins Dan Stone in conversation at the Sydney Goldstein Theater on October 7th to give the audience fresh insight into her physical, poetic and philosophical travels.

Sound good to you? Share this page on social media and let your friends know about Patti Smith at Sydney Goldstein Theater.