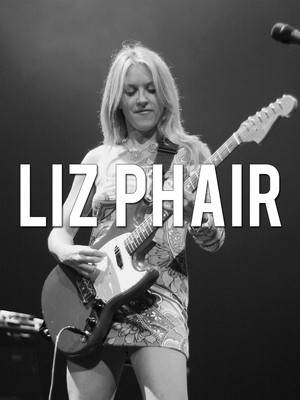 It's hard to overstate what Guyville meant at the time. Today, echoes of its direct, finessed feminist interiority can be heard in similar work by young artists like Mitski, Soccer Mommy, St. Vincent, Snail Mail and others

In 1993, indie darling Liz Phair was thrust into the international spotlight when her Gold-certified debut album Exile in Guyville was released to much critical acclaim. The feminist singer songwriter's outspoken creative voice and lyrical content tackling the patriarchy in the creative industry would become a trademark in subsequent albums.

Cutting her teeth in Chicago's underground alternative music scene in the early 90s, Phair bucked the punk trend by positively embracing her womanhood and releasing homemade tapes under the name Girlysound. Over two decades later, the guitar-toting songstress has lost none of her early vulnerability, musical instinct and Midwestern charm, returning to the stage on fine form.

Sound good to you? Share this page on social media and let your friends know about Liz Phair at Sydney Goldstein Theater.