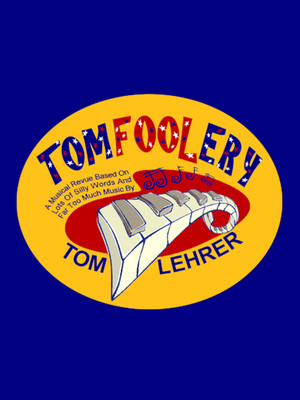 If, after hearing my songs, just one human being is inspired to say something nasty to a friend, or perhaps to strike a loved one, it will all have been worth the while.

All the world seems in tune on a spring afternoon...

Head down to the Shelton Theatre for a unique revue celebrating the wit and the wisdom of satirist Tom Lehrer. Gaining prominence in the 50s and 60s for his darkly comic tunes meditating on everything from love, the boy scouts, to the ongoing threat of nuclear war, his deft lyrics and theatrical flourish have kept his legacy fresh as a daisy, even after his early retirement to focus on his mathematical career - they don't make 'em like they used to!

Created in 1980 by Cats and Phantom of The Opera impresario, Tom Foolery was an instant success, spawning 200 productions. Five performers present two hours of the Lehrer's songs, acting out the people and situations described in hilarious fashion, bringing his music to life once more.

Sound good to you? Share this page on social media and let your friends know about Tomfoolery: The Wicked Words & Mischievous Music of Tom Lehrer at Shelton Theater.