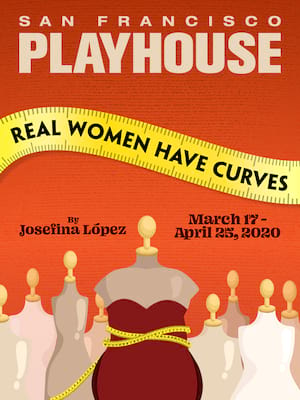 An entertaining story about the incredible bond that women share.

Why See Real Women Have Curves?

Josefina Lopez's coming of age hit makes its way to San Francisco! Ana has big dreams of going to college, but there's one thing getting in her way, her families small clothing factory. With the fear of deportation looming over their Latina community, Ana begins to talk to her family members and fellow factory workers. Beginning to discover unknown facts about their life, their loves and fears Ana begins to realize they're not as different as she first thought...

In 2002 Lopez's play was made into a feature-length film which starred America Ferrera as Ana!

Sound good to you? Share this page on social media and let your friends know about Real Women Have Curves at San Francisco Playhouse.