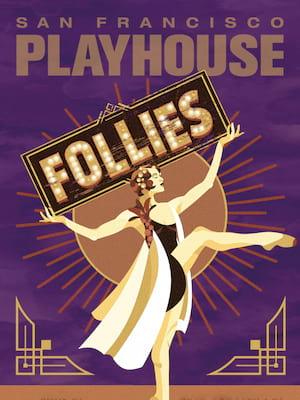 Follies is one of the greatest musicals ever written

The San Francisco Playhouse returns with the 2021/22 season, their most important year yet. With a mixture of classic theatre, exciting world premieres, and a stupendous musical finale, it's gearing up to be another unforgettable season from the esteemed company. And here it is! Finally, we'll be treated to Stephen Sondheim's multi-Tony Award-winning Follies

Winner of seven Tony Awards on its original release almost four decades ago, this classic features two couples rehashing past times and favorite songs amid the crumbling magnificence of their old theater. With direction by Bill English and book by James Goldman, find out why The New York Times hailed this as 'one of the greatest musicals ever written!

The story of faded musical revue stars gathering for one last hurrah, this witty commentary on the theatrical form features some of Sondheim's best-known numbers including 'Losing My Mind,' 'I'm Still Here,' and 'Broadway Baby.' Set in 1971, our cast of characters includes former impresario Dimitri Weissmann and his cast of former 'follies' girls. As they reminisce about their many memorable nights at a theatre that is about to be torn down, they also delve into the personal histories, exposing some very uneasy truths.

Seen Follies? Loved it? Hated it?

Sound good to you? Share this page on social media and let your friends know about Follies at San Francisco Playhouse.