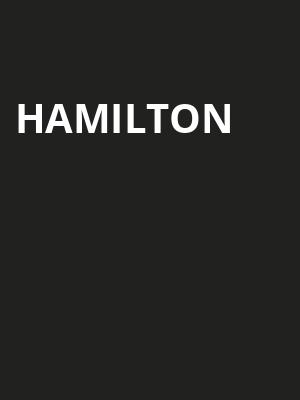 If you haven't seen Hamilton, this cast and production is arguably as good as the one that first opened on Broadway to immediate acclaim in 2015.

Suspended: This performance has been suspended through April 30. We will update this page once we have more information.

In just under four years, Hamilton, the Broadway-meets-hip-hop masterpiece from Lin-Manuel Miranda has irrevocably changed the landscape of American Musical Theatre forever, breaking boundaries, snatching awards and capturing the public's imagination like no show before it. Now, following on from sell-out engagements in New York, London, Chicago and two national tours in rotation, it returns to San Francisco, playing through August 2021, giving you another chance to witness history in the making and cementing the city's reputation as a thriving and exciting theatrical hub.

Hamilton made its New York debut Off-Broadway at the Public Theater in 2015, where it was met with universal acclaim and was extended three times due to public demand. It lost none of its potency in the subsequent Broadway transfer, with Ben Brantley of the New York Times writing it was "changing the language of musicals". President Obama himself deemed it good enough for not one but two visits! In 2016, it won the Pulitzer Prize for Drama and scooped 11 Tony Awards, including Best Musical, Best Score and many more! In 2018, it swept up the Olivier Awards bagging seven of their record-breaking 11 nominations, including Best New Musical.

WHAT IS HAMILTON ABOUT?

One of the Founding Fathers, Alexander Hamilton's story is an extraordinary one. Born out of wedlock in the West Indies, and orphaned by the time he was 11, he arrived in New Jersey in 1772 to begin his grammar school education. From there he played a major role in the American revolutionary war, rising through the ranks to become an aide to George Washington. But that was only the beginning of the great man's story, with the proceeding chapters in his life taking in everything from sex scandals, fatal duels and the creation of the American Constitution.

Hamilton's incredible score isn't just a stage smash-hit, but a ruler of the airwaves too. The Grammy-winning Original Cast Recording peaked at No. 12 on the Billboard 200, making it the first album of its kind to do so since Camelot in 1963!

Two hours and 30 minutes with one intermission

Image by Pete Souza Used under Creative Commons License
VIP: Images may not reflect the casting for this production.

Recipient of the 2016 Pulitzer Prize for Drama

Meet stars from
the cast of

I have seen many wonderful plays, but this one is beyond excellent. I... more

Deborah: “Hamilton had everything”

Hamilton was fantastic, the music was riveting, pretty and had a great... more

Sound good to you? Share this page on social media and let your friends know about Hamilton at Orpheum Theatre.