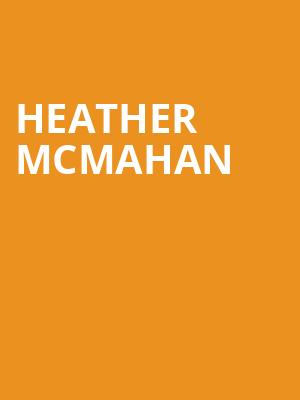 She's like the best girlfriend you've ever had, and she lets you embrace being your ridiculous self

Self-described as "your favorite high functioning hot mess", social media star turned one-woman comedy tour de force Heather McMahon has fast become the poster girl for the kind of gal that finds the humor in everyday things. From PMS to Trader Joe's to her love for the sunset-colored Aperol Spritz cocktail, the mundanities of life turn into sparkling nuggets of comedy gold in the hands of this funny woman. Don't miss her when she hits US shores on her hilariously titled Farewell Tour (it's her first tour).

Starting out by posting videos about her routines, errands and daily interactions, McMahan began to amass ardent fans on her Instagram account during the mid-2010s. When she tapped into her talent for impressions, her fan following snowballed and viral success, as well as movie roles and talks of a TV show soon followed. Keep your eyes peeled for her spot-on caricatures of Kris Jenner, Rosie from the Real Housewives of New Jersey and Liza Minelli, amongst others!

Sound good to you? Share this page on social media and let your friends know about Heather McMahan at Palace of Fine Arts.