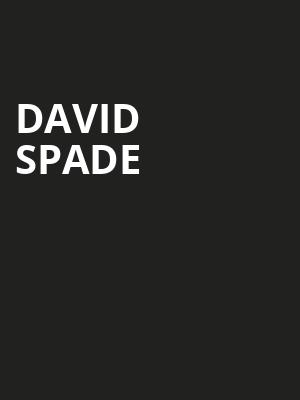 A natural prankster most of his life, Spade was pushed immediately into stand-up comedy by friends and appeared in nightclubs and college campuses all over the country.

In 1990, the diminutive, flaxen-haired comedian finally hit the big time as a regular cast member and writer on "Saturday Night Live". Slow at first in gaining acceptance on the show, his razor-sharp sarcasm eventually caught on by his second season, when he played a number of smart-aleck characters in a variety of sketches, including a highly disinterested airline steward who bids each passenger adieu with a very sardonic "buh-bye" and an irritating receptionist for Dick Clark Productions who greets each huge celebrity with an unknowing "And you are . . . ?"

Television has been more accepting over the years, with Spade earning an Emmy nomination as the droll, skirt-chasing secretary Dennis Finch on "Just Shoot Me!" (1997) and filling in after the untimely death of John Ritter on ABC's "8 Simple Rules... for Dating My Teenage Daughter" (2002) as Katey Sagal's unprincipled nephew.

Sound good to you? Share this page on social media and let your friends know about David Spade at Palace of Fine Arts.