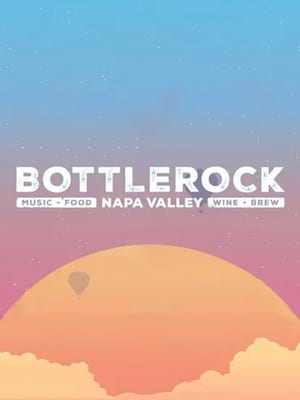 BottleRock has quickly lived up to its motto - The First Taste of Summer. The three-day music festival, turned foodie paradise, has some pretty unique experiences and bites throughout the festivities

While Napa Valley is synonymous with stunning landscapes and California's best wine, the picturesque region is gaining a reputation for one of the summer's finest festivals. Founded in 2013, BottleRock is Napa Valley's first and fastest-growing music event. The multi-genre, three-day weekender features the world's top musicians, five stages, and the iconic BottleRock Culinary Stage, which showcases surprising culinary and celebrity mash-ups.

Starting with a bang, the initial BottleRock festival showcased the likes of The Shins, Kian Jett, The Flaming Lips and Kings Of Leon. Recent festival headliners include Stevie Wonder, Florence and the Machine, and Lenny Kravtiz. After canceling 2020's BottleRock due to COVID, the festival makes a triumphant return in 2021 with confirmed performers Red Hot Chili Peppers, Dave Matthews Band and Stevie Nicks.

Sound good to you? Share this page on social media and let your friends know about BottleRock Music Festival at Napa Valley Expo.