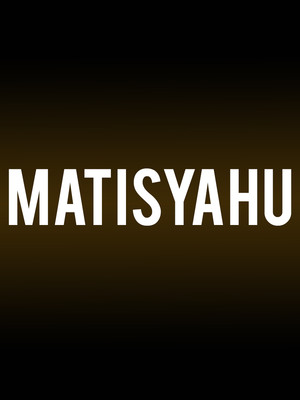 Matisyahu brings his sound to the stage!

Matisyahu is back on the road!

Matisyahu's breakthrough came in 2006 with his album Youth. It wasn't just the music contained on the record which caused excitement, it was the singer himself - devout Hasidic Jews aren't too readily associated with reggae and rap music fusion. Since that breakthrough, Matisyahu has refined his genre-bending music over a further four studio albums, exploring themes of devotion and spirituality with a deftness of touch that has been fully embraced by the mainstream.

His latest record was 2017's Undercurrent, which peaked at 16 on the US charts. Expect to hear fan favorites and much more when he comes to a city near you!

Sound good to you? Share this page on social media and let your friends know about Matisyahu at McNear's Mystic Theatre.