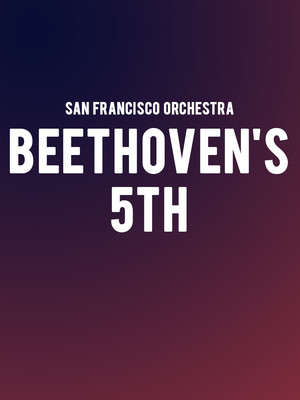 Penned as Napoleon's troops entered Vienna during his attempt to conquer Europe, Beethoven's 5th Piano Concerto is lauded as one of the iconic composer's biggest masterstrokes. Instantly recognizable and herculean in scope, it is one of the most exciting and beautiful works in the Romantic canon. Ironically enough, it's 'Emperor' epithet (referring to the French leader), would not have pleased Beethoven, who was said to revile both the man and his regime.

Conducted by the rising star Nimrod David Pfeffer, the evening also includes a performance of another of Beethoven's most identifiable 5th's - his 5th Symphony, alongside his Egmont Overture.

Image by WikiImages from Pixabay

Sound good to you? Share this page on social media and let your friends know about San Francisco Symphony - Beethoven's 5th at Davies Symphony Hall.