Sorry! You missed Harry Potter and the Goblet of Fire in Concert at Davies Symphony Hall 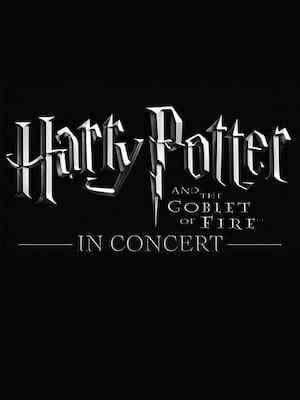 Harry Potter and the Goblet of Fire in Concert

Why See Harry Potter and the Goblet of Fire in Concert?

Enjoy the Boy Who Lived's fourth year in this magnificent live-to-screen concert that highlights Patrick Doyle's score with the help of a live orchestra. So grab your cloaks and get on your brooms as Harry returns to Hogwarts for his most mysterious and perilous year yet!

After a busy year, Harry is enjoying a well earned break at the Quiddich World Cup, but in Potter's world, nothing is quite that simple. When Voldemort's loyal followers disrupt the celebration causing fear and mistrust in the community, Harry finds himself yet again the target of a mysterious attacker. On returning to Hogwarts for fourth year, he's once again the center of attention when he is picked as a challenger for the Triwizard Tournament, a prestigious (and ridiculously dangerous) inter-school competition that welcomes interesting visitors from Wizarding schools across Europe. The only thing is, Harry didn't actually enter...

Full of adventure, favorite characters and much more, this fourth outing for Harry Potter strikes a slightly darker note for the series as the threat of the Dark Lord intensifies, amongst suspicious new professors, picking Yule Ball dance partners, angry Dragons and the wild world of adolescence.

Seen Harry Potter and the Goblet of Fire in Concert? Loved it? Hated it?

Sound good to you? Share this page on social media and let your friends know about Harry Potter and the Goblet of Fire in Concert at Davies Symphony Hall.