Sorry! You missed Harry Potter and the Cursed Child at Curran Theatre 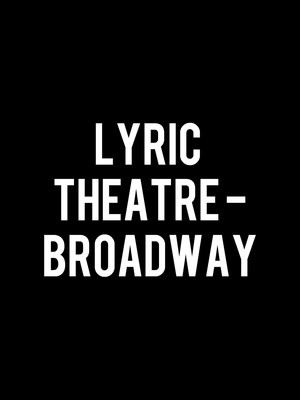 You can catch Harry Potter and the Cursed Child at Lyric Theatre - Broadway in New York, showing Open Run

Harry Potter and the Cursed Child is also touring to:

View the entire Harry Potter and the Cursed Child tour

Accio trophies: winner of six 2018 Tony Awards! The latest chapter in the Harry Potter saga is here! Transferring over from a hugely successful run on London's West End and now enjoying engagements on four continents, The Cursed Child is a new Harry Potter story, specially created for the stage by J.K. Rowling and Bafta-winning screenwriter and playwright Jack Thorne. Experience the magic all over again with this incredible production - now been reimagined to take place in just one part!

The Cursed Child recaptures the magic of the books while crafting a totally unique world of its own. The story is brought to life with an intelligent script, wondrous costumes and a whole Defence Against the Dark Arts class worth of great theatrical special effects. The wish of every Potter fan to find out what happens after the final line of The Deathly Hallows has just been granted!

What Is Cursed Child About?

The producers of The Cursed Child want every Potter fan heading into the play to be surprised by its twists and turns, so we won't reveal too much. We can say that Harry, Ron and Hermoine are now all in their late 30s, married with kids and respectfully employed. Harry and Ginny's son Albus is just starting his first term at Hogwarts, yet his father's reputation hangs heavy around his neck, and he resents being only known as the son of The Boy Who Lived. Yet when sinister forces from Harry's past reemerge into the world, Albus must embrace the Potter legacy for the battles to come...

The script for The Cursed Child was released as a book on July 31, 2016. The importance of the date? It's JK Rowling's and Harry Potter's birthday!

The show is suitable for ages 10 and up. All persons entering the theatre, regardless of age, must have a ticket

Sound good to you? Share this page on social media and let your friends know about at Curran Theatre.