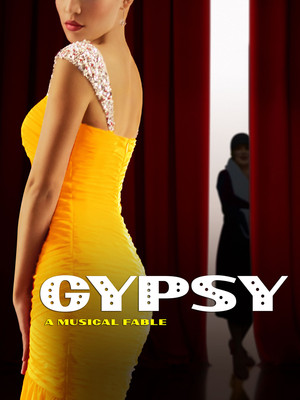 Bay Area Musicals pull out all the stops to open their fifth anniversary season!

Considered one of the greatest musicals ever written, Gypsy is a heart-wrenching portrait of ambition tearing apart a mother and daughter forever. Set in depression-era America, the story centers on the indomitable matriarch Rose, who pressures her daughter Louise into performing vaudeville, and later, seedier forms of entertainment, to bring in the bucks. Her ambition is all-consuming, but pushing her children into showbiz comes at a heavy cost.

With a stunning score by Stephen Sondheim (including the showstopper 'Everything's Coming Up Roses'), and a complex and emotionally-charged book from Arthur Laurents, Gypsy originally opened on Broadway in 1959, and over the course of its storied production history, has won three different actresses the Tony Award for their portrayal of Rose. Opening Bay Area Musicals' Fifth Anniversary season, this exciting new production is directed and choreographed by Found and Artistic Director Matthew McCoy, with musical direction from Jon Gallo.

I happened upon this show while in SF. An absolute treat. I’ll look to... more

Sound good to you? Share this page on social media and let your friends know about Gypsy at Alcazar Theatre.