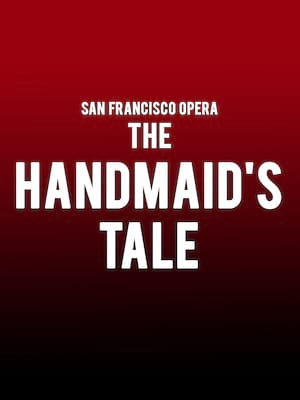 Blessed be the fruit

Margaret Atwood's unsettling cultural phenomenon is lifted from the page to the stage in this haunting adaptation by Poul Ruders and Paul Bentley. First seen in Copenhagen in 2000, this critically acclaimed opera finally makes its way to San Francisco in this brand new co-production with the Royal Danish Opera.

Starring Sasha Cooke as Offred, The Handmaid's tale details one woman's terrible fate in a theocratic dystopia. An unforgettable story of rebellion, loss and the remarkable power of hope in extraordinary, but increasingly more likely, circumstances, it is sure to be the standout of the Company's 2020/21 season.

May the Lord open - the story of The Handmaid's Tale

Following the downfall of the United States of America to a militant theocratic group sometime in the not too distant future, a generation becomes indoctrinated into the Republic of Gilead. A fascistic religious society, all women are now without suffrage or rights, but those deemed 'sinners' suffer an even more twisted fate - to become 'Handmaids' - the fertile slaves to childless couples. Bound to keep reproducing or face exile or even death. But now one Handmaid, Offred, has had enough of this frightening reality and vows to stop at nothing to tear Gilead down. Recognizable from both Atwood's books and the Hulu series starring Elizabeth Moss, The Handmaid's Tale is a landmark of speculative fiction that grows evermore prescient by the day.

Photo by Valentin Lacoste on Unsplash

Sound good to you? Share this page on social media and let your friends know about San Francisco Opera - The Handmaid's Tale at War Memorial Opera House.