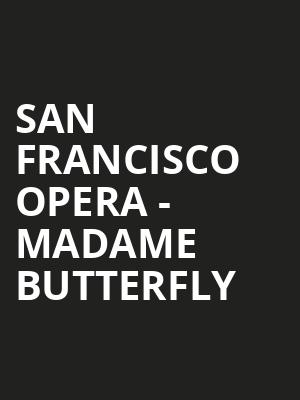 Three years of waiting for heartbreak

Puccini's heartbreaking tale of innocence, betrayal and sacrifice returns in a bold and beautiful production conducted by music director Eun Sun Kim and directed by Amon Miyamoto. You'll experience this classic through the eyes of Cio-Cio-San's son Trouble, who is waiting for a father he's never met. But will he be welcomed with open arms? Or will he feel the same disappointment his Mother does on his Fathers long awaited return.

After three years of waiting, Cio-Cio-San is ready to welcome her husband U.S. Naval officer Lieutenant B.F. Pinkerton home. Her son Trouble, is standing alongside her waiting for the ship which is bringing the father he's never met into his life. Little do they both know, Pinkerton is bringing more than himself back to land - he's got his recently wedded American wife with him.

Two hours and 45 minutes including one intermission

Sung in Italian with English supertitles

Sound good to you? Share this page on social media and let your friends know about San Francisco Opera - Madame Butterfly at War Memorial Opera House.