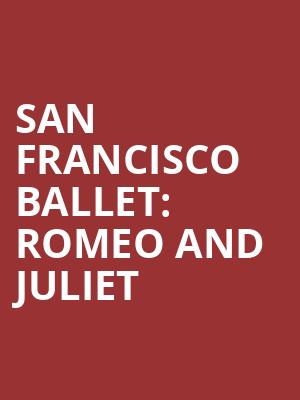 Photo by Travis Blessing on Unsplash

Tomasson lifts Shakespeare's complex and familiar language off the gilded pages and translates it into lucid classical choreography that is visceral, fresh, and ultimately sublime.

A must-see for fans of classical ballet and a hankering for the graceful, yet tragic story, set against the hauntingly beautiful score by Prokofiev.

What is Romeo And Juliet about?

In 16th Century Verona, there are heated tensions between sworn enemies Montagues and Capulets. Their vicious hatred of one another is famed throughout the city, as is their often fatal swordplay.

Romeo, the youngest of the Montague clan, is depressed after falling for a girl who spurned his advances, persuaded by cousin Tybalt, he sneaks into a Capulet ball in the hopes of finding her, that is until he sees Juliet and falls deeply and immediately in love.

So begins a tale that has gone on to become our greatest, tragic story of young love doomed from the start.

Sound good to you? Share this page on social media and let your friends know about San Francisco Ballet: Romeo And Juliet at War Memorial Opera House.