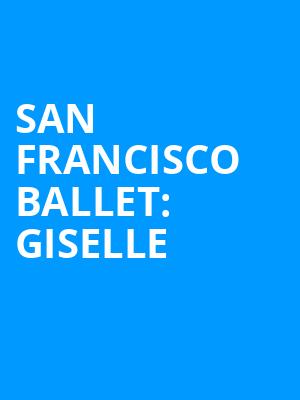 Photo by Fabrizio Conti on Unsplash

Watching San Francisco Ballet's Giselle, I marvelled more than ever at what a haven of classical style this company has become.

A tragic tale of love and betrayal set to a haunting score by Adolphe Adams with choreography by Helgi Tomasson after Marius Petipa, Jules Perrot, and Jean Coralli, Giselle's bittersweet beauty tells the story of a young peasant girl, and the new life she discovers after a fatal case of heartbreak. Evocative, alluring, and seductive, this 1841 ballet remains as timeless as ever at every performance.

What is the story

Giselle is a beautiful and gentle peasant girl who is pursued by a nobleman, disguised as a peasant himself. But the nobleman finds himself a rival for her affections however in the form of Hilarion, a fellow villager who is suspicious of him. He has good reason to be distrustful; the nobleman is betrothed to marry another. This comes to light during a brawl between her two suitors, during which Giselle dies of a heart attack.

The titular damsel then joins a group of ghostly brides, who all perished before being married to their loves...her nobleman is devastated and tries to kill himself - but can Giselle's spirit and enduring love save him?

One hour and 51 minutes with one interval

Sound good to you? Share this page on social media and let your friends know about San Francisco Ballet: Giselle at War Memorial Opera House.