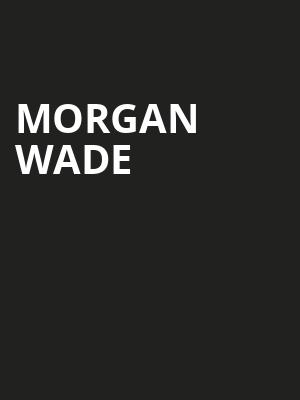 Photo by israel palacio on Unsplash

No Signs of Slowing Down tour

With a voice and lyrical selection that belies more than just her 30-something years, Morgan Wade is one of country music's most intriguing rising stars. With her career flourishing off the back of her debut single 'Wildest Days', and the 2022 Americana Music Award for Emerging Act of the Year in her pocket, catch Wade as he proves her stripes on her first-ever headline tour in spring 2023.

Her first record, Reckless was cited by Rolling Stone as "the ragged edge of a singer-songwriter who's been putting her nose to the grindstone for some time. In a voice like worn leather, Wade describes desperate, spontaneous relationships that feel the strongest when they're at their breaking point," Wade's raw honesty tackles mental health, sobriety, and relationships - fused with catchy hooks - making her an authentic and exciting one-to-watch!

Sound good to you? Share this page on social media and let your friends know about Morgan Wade at The Fillmore.