Sorry! You missed Devendra Banhart at The Fillmore 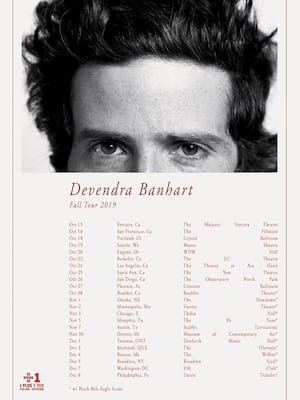 American-Venezuelan singer and songwriter Devendra Banhart is unique in making music that fuses folk, latin and lo-fi styles. Born in America to a Venezuelan mother, Banhart's music incorporates both cultures and styles. The musician brought out his debut album in 2002 and has since released eight more. He will embark on a nationwide tour this Fall.

This comes at a time when the singer's latest and ninth studio album 'Ma' is expected to be released and he has also published a book of ink drawings and a book of poetry this year.

Sound good to you? Share this page on social media and let your friends know about Devendra Banhart at The Fillmore.