Sorry! You missed Zhavia at Slims 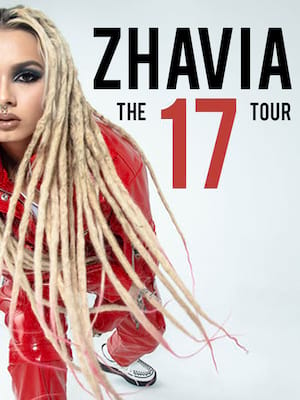 The incredibly unique Zhavia is on the road!

After competing on the singing reality TV show, The Four: Battle for Stardom and landing herself a place in the finals, the young American singer and songwriter Zhavia quickly rose to fame. Since then, Zhavia has signed a record deal, featured on Diplo and Lil Pump's single 'Welcome to the Party' and performed with Zayn Malik on the Aladdin soundtrack. The young 18 year old is fast making her name know on the road to stardom, and is now hitting the road on her first ever headlining tour, 'The 17 Tour'.

The tour will be in support of her EP which features six songs, so no doubt you'll also get to hear new material along with performances of fan favorites. Make sure you don't miss the incredibly unique voice of Zhavia when she comes to a city near you!

Sound good to you? Share this page on social media and let your friends know about Zhavia at Slims.