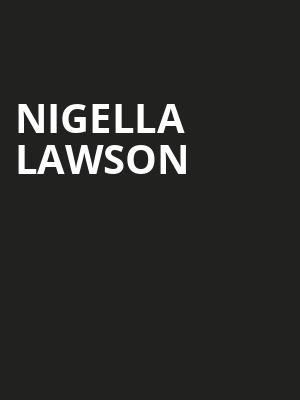 Nigella Lawson shares the secrets of her success!

Since her first cooking show Nigella Bites in 1999, Nigella Lawson's sensual approach to her art captured imagination across the world, launching her to icon status. Now following the release of her newest book Cook, Eat, Repeat, Lawson is launching a long-awaited US tour, talking food, life, and her passion for cooking, with a Q&A session for those burning questions.

Publishing her first book How to Eat in 1998, her intimate, companionable approach soon made her a sought-after author, with its 2000 follow up, How To Be A Domestic Goddess winning her Author of The Year at the British Book Awards in 2001. With the screening of her first show, Nigella Bites, history was made, launching her to mainstream success. After two decades, she's considered one of Britain's biggest chefs and is well on her way to National Treasure status!

Sound good to you? Share this page on social media and let your friends know about Nigella Lawson at Ruth Finley Person Theater.