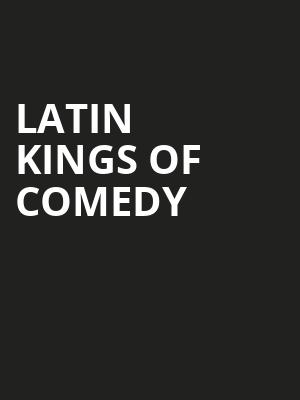 Photo by Robinson Recalde on Unsplash

A unique perspective and sense of humour from the Latin Comedy Kings!

Why See Latin Kings of Comedy?

Make way for Paul Rodriguez and the Latin Kings Of Comedy, they're on tour and looking for belly laughs with their pitch-perfect blend of Latin American heritage and razor-sharp wit. Led by Mexican-American stand-up pro and actor Paul Rodriguez, this group of jokesters will have you rolling in the aisles from the outset!

Joining Rodriguez for this special night of comedy will be Johnny Sanchez, Dennis Gaxoiloa, Gilbert Esquivel and Joey Medina. Hailing from all over the Latin-speaking world, these comics are also proud Americans, adding another interesting flavor into the mix!

Sound good to you? Share this page on social media and let your friends know about Latin Kings of Comedy at Ruth Finley Person Theater.