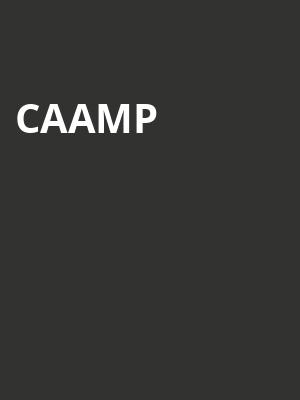 Started by boyhood friends Taylor Meier and Evan Westfall, Caamp came to life in the college town of Athens, Ohio.

Three Ohio natives that make up folk band Caamp released their debut self-titled album in 2016. Since then, the three-piece have had a string of festival appearances including at the Firefly Music Festival, Mo Pop Festival and Pickathon, a countrywide tour with sell-out dates and a number one hit with single 'Peach Fuzz' in 2019. They prepare for another epic tour this year!

Released in 2019, Caamp's latest album 'By and By' was noted as having "killer melodies and thoughtful lyrics" by eartothegroundmusic.com and as being a "carefully curated collection of story-telling" by honeypunchmag.com.

While Caamp is one of my favorite bands currently, I felt their show at... more

Sound good to you? Share this page on social media and let your friends know about CAAMP at The Greek Theatre Berkley.