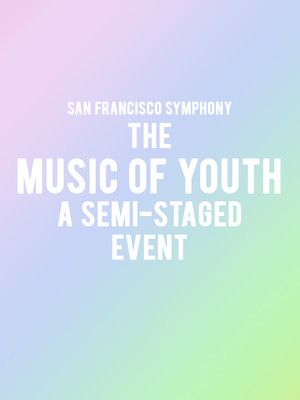 San Francisco Symphony - The Magic of Youth - A Semi-Staged Event

A family friendly program celebrating the joy of children

Why See San Francisco Symphony - The Magic of Youth - A Semi-Staged Event?

Summer 2019 heralds the return of MTT's audience favorite, his semi-staged event. This year, influenced by the glorious world of childish fantasy and imagination, we delve into two great works that put young voices center stage, Britten's Noye's Fludde and Ravel's The Child and the Magic Spells. With appearances from guest stars, the San Francisco Symphony Chorus and the Children's Chorus, and narrated by Isabel Leonard, it is sure to be an enchanting and uplifting program, one to be remembered for the rest of the year.

Noye's Fludde
A re-telling of the biblical story of Noah and the Flood, Britten's Noye's Fludde was first performed in 1958 and, with its sweet fusion of children and adult talents, percussive charms and joyous energy it still enjoys performances both nationally internationally to this day.

The Child and the Magic Spells
With a libretto by Colette, Ravel's two act opera blends styles to imbue this proto-Toy Story fairytale with wit and moving profundity. Playful and hopeful, it highlights kindness and was first performed in 1923.

Sound good to you? Share this page on social media and let your friends know about San Francisco Symphony - The Magic of Youth - A Semi-Staged Event at Davies Symphony Hall.