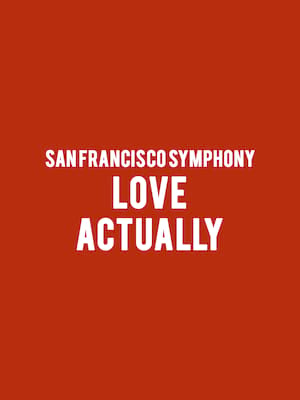 A Live Screening Of The Cult Classic Rom Com

There are quite a few televised traditions that herald the festive season, but nothing says 'It's Christmas' like a rerun of British holiday cult classic Love Actually. Kick your Yuletide revels up a gear with the San Francisco Symphony's extra special HD screening of the beloved romantic comedy, along with a live orchestral rendition of Craig Armstrong's timeless score.

Over the course of two hours and 25 minutes, nine separate stories become intertwined and connected by the central theme of love during the Christmas season in London. Amongst them is the blossoming romance of the newly elected Prime Minister (Hugh Grant) and a young junior staffer, the unrequited love of Mark, who falls for his best friend's new wife, and the tale of widower Daniel and his stepson Sam's first love.

Sound good to you? Share this page on social media and let your friends know about San Francisco Symphony - Love Actually at Davies Symphony Hall.