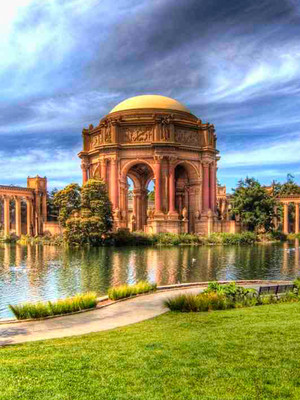 You can catch Neal Brennan at Palace of Fine Arts in San Francisco, showing Sep 15, 2023

Neal Brennan is also touring to:

You are viewing a past performance of Neal Brennan

You can catch Neal Brennan at the Palace of Fine Arts, showing September 15, 2023

Brennan is analytical, probing and also funny, carefully infusing even the most harrowing moments with tension-relieving jokes. More importantly, the personal revelations add fuel to his stand-up. Getting a glimpse of the inner man behind the comic facad

Acclaimed New York based comedian and co-creator of the much loved 'Chappelle's Show,' Neal Brennan, will go on tour across America with his 'Brand New Neal' tour! Known for his hilarious stand up as well as writing cult classic 'Half Baked,' the comedian has been making audiences laugh since he was 9 years old. After finding success down every avenue of the comedy career, Brennan is hitting the road once again.

Also a contributing writer of many of your favorite TV shows, Brennan's talent extends beyond stand up and he has acted in, directed and written a collection of shows and films. One of his latest projects '3 Mics' sees the comedian at home on the stage cracking jokes.

Sound good to you? Share this page on social media and let your friends know about Neal Brennan at Cobbs Comedy Club.