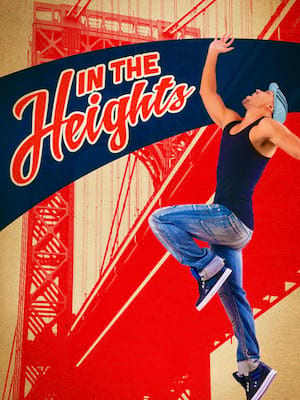 Why See In The Heights?

A story we can all relate to

Before Broadway blockbuster Hamilton dethroned The Book Of Mormon as the musical-theatre-pop-culture phenomenon of our generation, Lin Manuel-Miranda first broke ground on the Great White Way with the hip-hop/Latin music-infused score and story of In The Heights. The four-time Tony-winning musical closes Bay Area Musicals' fifth season promising to bring a vibrant experience with its sizzling salsa-tinged energy and joyful celebration of a tight-knit neighborhood in New York.

Set in the sweltering climes of the Washington Heights barrio, home to a large community of first and second-generation immigrants from the Caribbean, Puerto Rico and the Dominican Republic, the story is told through the eyes of local bodega owner Usnavi de la Vega, who dreams of moving to the DR and is in love with Vanessa, who has dreams of leaving herself, but to the more comfortable and less adorable uptown area. A host of colorful characters interact, react and share their hopes and ambitions in a shared home that may be poor in appearance but is rich in understanding, kindness and a sense of family.

Seen In The Heights? Loved it? Hated it?

Sound good to you? Share this page on social media and let your friends know about In The Heights at Victoria Theater.