You can catch Cirque du Soleil Amaluna at Under the Big Top Sacramento in West Sacramento, showing Until Mar 1, 2020 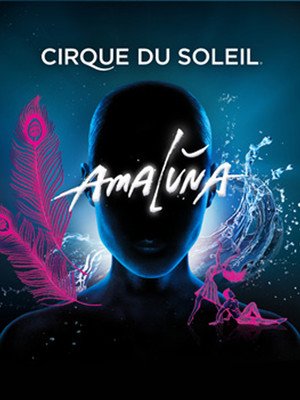 CELEBRATING THE FEMININE MYSTIQUE THROUGH CIRQUE

Inspired by Shakespeare's The Tempest and elements of Romeo and Juliet, Cirque du Soleil's Amaluna invites you to a mysterious island ruled by goddesses and guided by the cycles of the moon where the natural elements - particularly water - play a huge role in creating this unforgettable show.

WHAT IS IT ABOUT?

Their god-queen, Prospera, is in the middle of directing her daughter Miranda's coming-of-age ceremony in a rite that honours femininity, renewal, rebirth and marks the passing of these insights and values from one generation to the next.

In the wake of a storm caused by Prospera, a group of young men seek refuge on the island, triggering an epic, emotional story of love between Prospera's daughter and a brave young suitor called Romeo. As the survivors explore their surroundings they encounter various mythical creatures, including Malaysian firebirds, peacock witches and fearsome Amazonian warrior women. All this is conveyed through a vast range of circus techniques and acts include waterbowls, juggling, aerial silks and Chinese climbing poles.

Amaluna is for the whole family. That said, moments of loud noises and darkness used during the show may frighten some children.

Two hours and a half, including a 30 minute intermission

We are HUGE Cirque fans & our seats were in the front row tonight. At... more

Sound good to you? Share this page on social media and let your friends know about Cirque du Soleil Amaluna at Under The White Big Top - San Francisco.