Sorry! You missed The Claypool Lennon Delirium at The Warfield 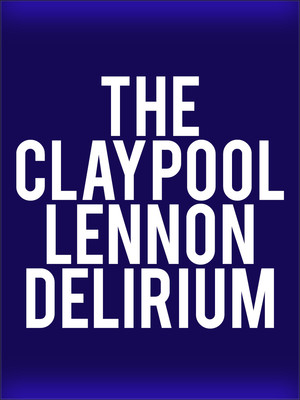 'Monolith of Phobos' is just how the title implies--an old-school approach to a psychedelic space rock record.

Why See The Claypool Lennon Delirium?

Don't Miss the Unique Sounds of The Claypool Lennon Delirium

Musical duo comprising of Sean Lennon and Les Claypool have come together once again. But this time, for a fully-fledged American tour, hitting 14 venues!

Claypool is most known for his time in the rock band Primus as the bassist. The musician has also self-produced and engineered his solo projects from his personal music studio. Sean Lennon is the son of two of the most well-known names on the planet, Yoko Ono and John Lennon, the musician has released two solo albums of his own.

Last Fall, the duo put out their second collaborative album 'South of Reality' which they wrote and recorded over a 2 month period.

The collaboration of Sean Lennon and Les Claypool is a treat to see live!... more

From Pink Floyd to king crimson to The Rolling Stones these players laced... more

Sound good to you? Share this page on social media and let your friends know about The Claypool Lennon Delirium at The Warfield.