Sorry! You missed Berner at The Warfield 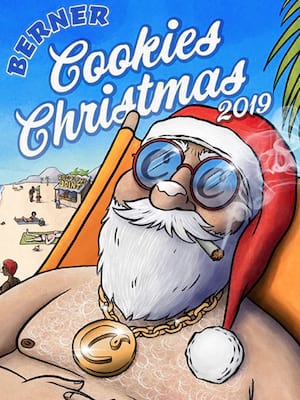 Berner deserves a lot more props from the mainstream than he's currently getting, and hopefully, this album will be the tipping point for something bigger.

Bay area icon Berner is back with his fourth annual Christmas Cookies Party at Warfield San Francisco, and this year he's reaching into his bag of gifts and pulling out surprises galore. The show takes its name from the marijuana strain Berner created with his rapper friend Wiz Khalifa which has also has become Berner's calling card brand, branching out into merch. It has become synonymous with swag giveaways from the hip hop mogul's clothing lines and the introduction of his designer cannabis strains.

Aside from the merch, music will take center stage at the annual bash, but Berner's keeping his special guests under wraps until the night (only Soundcloud rapper Mike Sherm has been confirmed). Of course, Berner will headline and host the night, and is set to perform fresh new tracks from his hotly anticipated forthcoming album The Big Pescado, due for release on January 16th, 2020.

Sound good to you? Share this page on social media and let your friends know about Berner at The Warfield.