Sorry, it looks like AB6IX is no longer happening on these dates 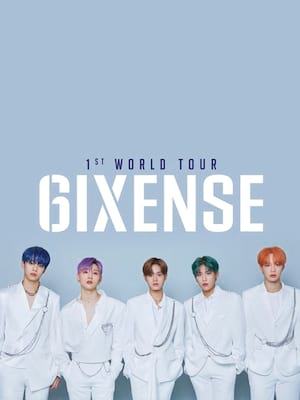 Although AB6IX formed just last year, its stars are already heartthrobs in the K-Pop scene.

Don't miss AB6IX on the American leg of their first tour

The latest group in the buzzing and sensational K-Pop music genre are AB6IX, a five-piece boyband hailing from South Korea who got their start like many others in K-Pop: via reality TV. Individually, the band took part in shows Produce 101 Season 2 and Stray Kids before releasing their debut EP 'B Complete' in 2019. This will be their first ever tour!

After bringing out their EP, the group released their debut album '6ixense' which was described as a project that "tingles all the senses of listeners as they offer wide genres of music" by hellokpop.com.

Seen AB6IX? Loved it? Hated it?

Sound good to you? Share this page on social media and let your friends know about AB6IX at The Warfield.