Sorry! You missed City And Colour at The Fillmore

You can catch City And Colour at Roxian Theatre in McKees Rocks, showing May 12, 2020

City And Colour is also touring to: 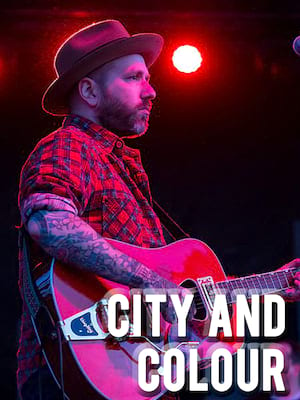 Why See City And Colour?

city and colour on tour

City and Colour is the solo moniker of Dallas Green, guitarist and singer for the Canadian punk band Alexisonfire. With City and Colour, Green brings melodically driven lyricism to acoustic guitar performances.

Leaving the punk rock genre and Alexisonfire behind him, Dallas Green turned his talents to City and Colour full time in 2005. With the release of his debut solo album "Sometimes", City and Colour has continuously released music with a number of his albums hitting the number one spot in his native Canada! Don't miss your chance to see him live on this brand new tour.

Seen City And Colour? Loved it? Hated it?

Sound good to you? Share this page on social media and let your friends know about City And Colour at The Fillmore.