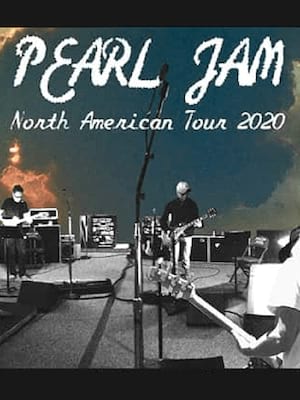 The heroic Pearl Jam have proved themselves more than capable of sticking around. Arriving on the music scene as grunge exploded, the Seattle ruled the airwaves of 90's college radio with tracks like 'Alive', 'Go' and 'Jeremy'. As America's alt. music heyday faded away, the band stayed above water by playing around with world music, new wave and folk influences. This year sees the band hitting the road in celebration of their upcoming 11th studio album, Gigaton. Expect to hear new material along with fan favorites!

Pearl Jam will kick things on in Toronto, before playing 16 shows across North America! This highly anticipated new album is the bands first release since 2013's Lightning Bolt, marking it their longest period between album releases.

Make sure you don't miss Pearl Jam when they come to a city near you!

Sound good to you? Share this page on social media and let your friends know about Pearl Jam at Oakland Arena.