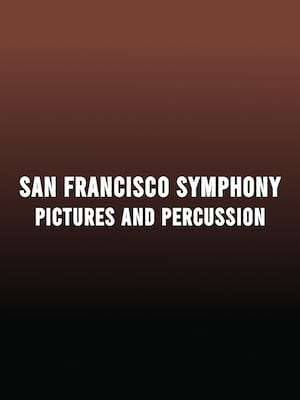 Under Macelaru's very physical direction, the opening overture burst into life straight away

A picture of SF Symphony's soloists

San Francisco Symphony Orchestra shines a light on its own principal players in October, their stunning ability and artistry showcased as they present Ravel's eloquent orchestration of Pictures At An Exhibition by Modest Mussorgsky. The concert also features the world-premiere of Losing Earth,a new concerto by LA composer Adam Schoenberg featuring Jacob Nissly, SFS's principal percussionist.

The concert is guest-conducted by Romanian conductor Christian Macelaru, Chief Conductor Designate of the WDR Symphony Orchestra. As well as his role there, Macelaru has recently debuted with the BBC Symphony, Royal Philharmonic Orchestra and the Orchestre National de France.

Sound good to you? Share this page on social media and let your friends know about San Francisco Symphony - Pictures and Percussion at Davies Symphony Hall.