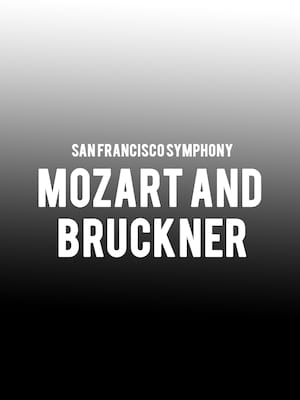 (Honeck's) interpretations often have a naturalness and sense of balance, precision, beauty, and meaning that are deeply satisfying.

Celebrated Austrian conductor Manfred Honeck leads the San Francisco Symphony through two classical masterworks from the city of Vienna in his homeland this winter. The ensemble kicks things off with Mozart's Piano Concerto No. 22, during which they welcome Norwegian ivory-tickling virtuoso Leif Ove Andsnes to the stage. A musician of great insight and a dynamic key touch, Andsnes technical prowess proves an even match for Mozart's musical color, character and demanding fleet finger work.

The latter part of the program proceeds with one of radical Austrian composer Anton Bruckner's most popular works - Symphony No. 4. Nicknamed Romantic due to its inception during the pinnacle of the genre's reign over classical music, its mythical grandeur and lyrical beauty depicts a medieval city and a host of knights as they exit the city gates to begin an exhilarating hunt, culminating in a rhapsodic finale.

Sound good to you? Share this page on social media and let your friends know about San Francisco Symphony - Mozart and Bruckner at Davies Symphony Hall.